Guuurl…I have been waiting to do this post for quite some time. As I am approaching a certain age (don’t ask cause I’m not telling) and I have noticed some major changes on my face. It’s like one day I woke up and noticed that one chin hair and then all of a sudden there were five – and then there were ten. A little over a year ago I tried bliss Fuzz Off Facial Hair Removal System and it worked somewhat but didn’t seem to remove all the hairs from the root. Next I tried bliss Poetic Waxing Kit which was better but not great. So I opted to go and get my chin threaded. Finally there was something that got to the root of it all.  I was so relieved – that is until a few days later a new set of chin hairs sprouted…WTF! Not willing to revisit the threading salon again, I opted to use a single blade razor to get rid of said hairs (a tip I learned at the Face Flawless Skin event). Just a few days later, there they were again…I was all like… 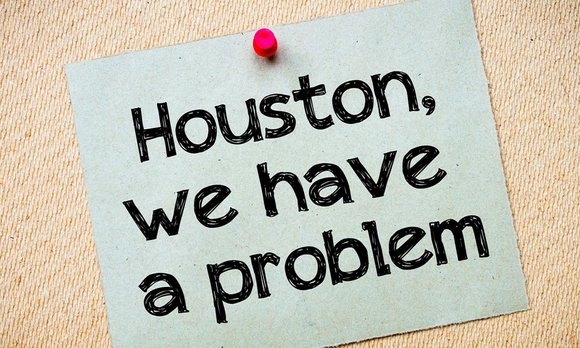 I seriously could not keep going through this every few days. Threading costs kept piling up and I just wasn’t comfortable with shaving my face. There had to be some solution to this problem. I tried tweezing but that didn’t work either. So like any respectable beauty junkie, I headed over to Sephora. Not feeling particularly optimistic, I decided to search the Tweezerman section to see if maybe – just maybe I could find some at-home remedy to  keep these hairs at bay. It was at that moment I stumbled across the Tweezerman Smooth Finish Facial Hair Remover (now only available online). 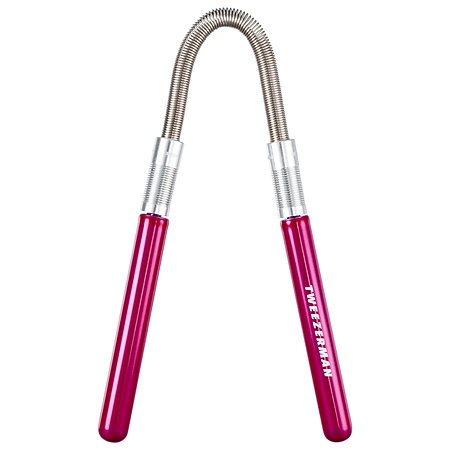 I have to admit, when I first saw this tool, the first thing that popped in my head was…”OMG…this looks like a mini Thigh Master (there I go dating myself again). I was kind of on the fence about buying it, so I decided to ask one of the Sephora employees if they ever tried it. Well, no luck there. I was however determined to find a solution to this “growing” problem. I took a chance and I bought it. It’s a little strange to use the first time around, but after my second or third try it was pretty easy. You simply lay the curved section to your skin and twist the handles in the direction of the arrows. What’s really good about it is that it was able to pick up the fine hairs that are on the top of  your lip as well (Ladies, don’t act like you don’t know what I’m talking about). It’s also relatively pain-free. By pain-free I mean it’s less painful than threading or waxing. It grabs the hair tightly that once you pull the tool from your face you are removing the hair from the root, leaving a smooth finish. The tool also will catch the tiniest of hairs. The best part is that I only have to do this every 10 days or so which is a relief, although I am eyeing my friends who neglected to tell me that I was in fact growing a full-grown beard.

New post featuring my fave jewelry brands from the last decade that I’m bringing with me into this new one @luvaj @baublebar @dannijo. Link in bio #seetouchtastefashion #accessorizeme #fashion #jewelry
I was going to wait until the morning, but since I finished this post early and I’m getting ready for the day ahead, might as well share my first #2020 style fave. Oh, it’s not groundbreaking. Long story short, I’m now deep in love with small bags. Here are a few in my collection from @rebeccaminkoff and @katespadeny. Also did a roundup of some chic mighty minis from some heavy hitters. Link in bio. #inthebag2020 #seetouchtastefashion #fashion #style
Last post of the year featuring my #2019beautyfaves for hair @amika @igkhair @thedrybar Link in bio.
New today on the blog...my #2019skincarefaves @shiseido @marcjacobsbeauty @eighteenb @lanaogilviecosmetics @kiehls @boldenusa @cledepeaubeauteus @summerfridays Link in bio.
New on the blog my favorite makeup items of 2019 #bestinbeauty2019 #seetouchtastebeauty Link in bio. @patmcgrathreal @jackieaina @milkmakeup @shiseido @natashadenona @sc @lancomeofficial @unframethebeauty @fentybeauty @thelipbar
Show me a more dapper kid...don’t worry...I’ll wait #auntiesboy #happythanksgiving2019
×
%d bloggers like this: